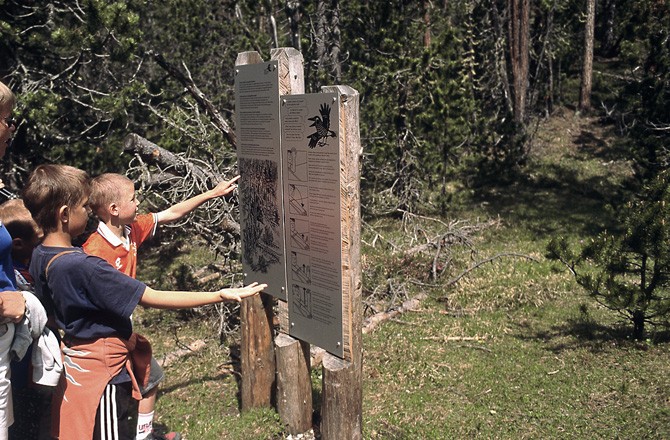 Schweizerischer Nationalpark - From the Ofen Pass forests to the high alpine meadows with rich flora and fauna and magnificent views over half of the National Park. The nature trial provides interesting information about the open and hidden secrets of the trail.

The trial begins in the middle of the extensive Ofen pass forests and winds through a jumble of living and dead trees. This is typical National Park, where Mother Nature has been left completely to her own devices. The nature trail boards along the whole of the trail provide interesting information.

Marmots can often be seen on the Stabelchod Alp. The path goes up past the artificial eyrie, where 26 bearded vultures have already been released into the wild. Alpine meadows with their beautiful alpine flora of gentian and edelweiss lead you up to Margunetv where there is a stunning panorama over half the National Park and the glacial landscape formed during the last ice age.

Golden eagles and chamois can often be seen here, and sometimes even bearded vultures. The trial continues through the Val dal Botsch past impressive scree slopes and rock formations back to the pass road. After crossing the Fuorn you reach the Hotel Il Fuorn.

The offer has been particularly developed for 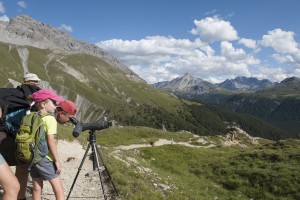 The walk leads us through an interesting section of the Pass dal Fuorn forests and the wonderfully varied flora of the Park’s alpine meadows. The nature trail provides detailed information along the way, in 5 languages.