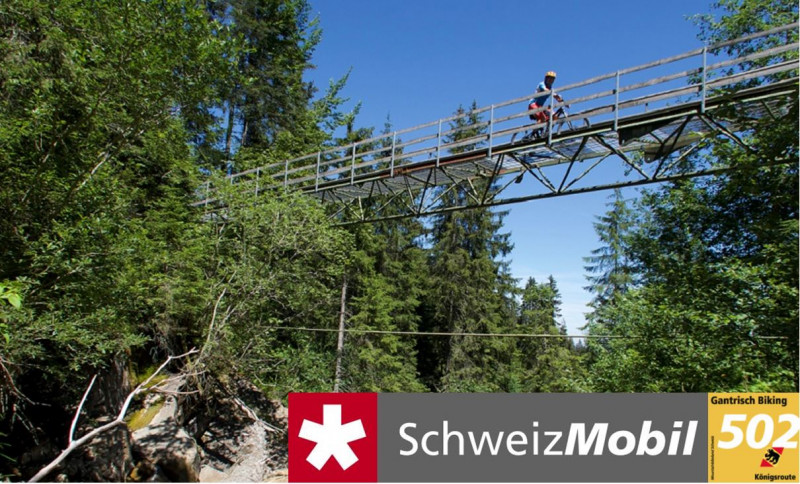 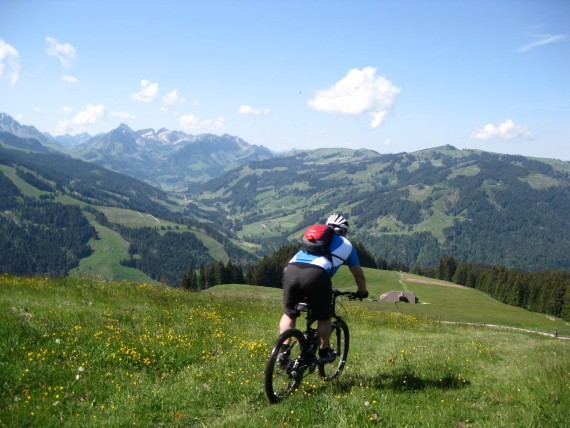 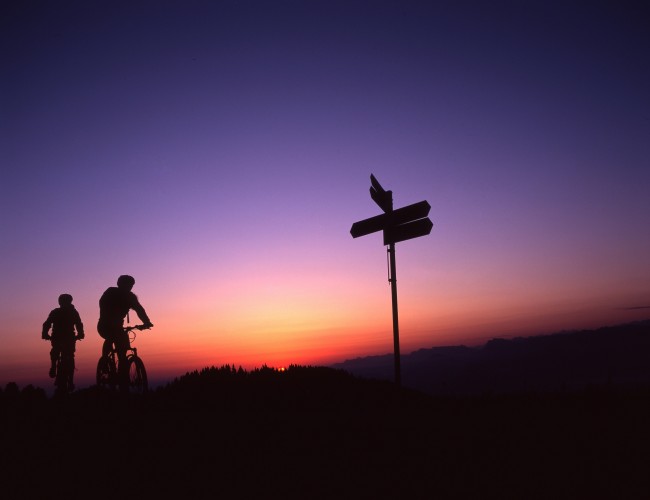 Naturpark Gantrisch - SwitzerlandMobility Bike Route 502: Gantrisch King's Route. The circular tour takes you from Riffenmatt into the Selital region and then back over the Horbühl Pass. Enjoy the wonderful view over the whole Canton of Bern to the hills of the Jura!

The ride starts in Riffenmatt. After an initial climb, the route passes the former mudbaths. You cross the Schwarzwasser in Tröligraben. There's a downhill run to Eywald, an alternative starting point for the circular tour. Now the route goes steadily uphill to 1540m, first on an asphalted mountain road and later, from Schleifgraben, on unsurfaced roads. A forestry track leads into the Selital. After a gentle start, the climb up to the Horbüel Pass becomes really steep. The section on woodland paths and over alpine meadows which follows is varied but challenging and here it becomes quite clear why this is called the "King's Route". From Hällstett you get wide open views across the whole of Central Switzerland and as far as the Jura. If you don't feel brave enough to ride down the descent on an old mule track, you can walk it. After that, there's a long and spectacular ride down rough alpine and forest tracks before you reach a final section of asphalted road to Riffenmatt.

Follow the Switzerland Mobility 502 route.
Can be combined with other SwitzerlandMobility routes
Arrival by public transport or via other bike routes. 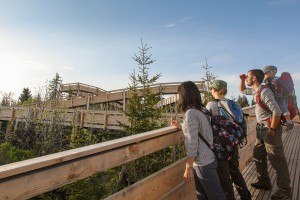 In 1999 the storm Lothar destroyed much of the forest between Schwarzenbühl and Ottenleue. High above the forest floor on a wooden board walk, one can see how the forest is recovering. 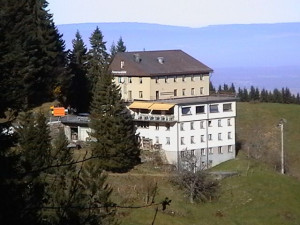 The Schwarzenbühl hotel restaurant lies an the edge of the Bernese Alpine foothills. 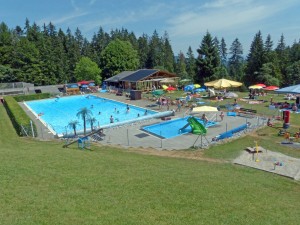