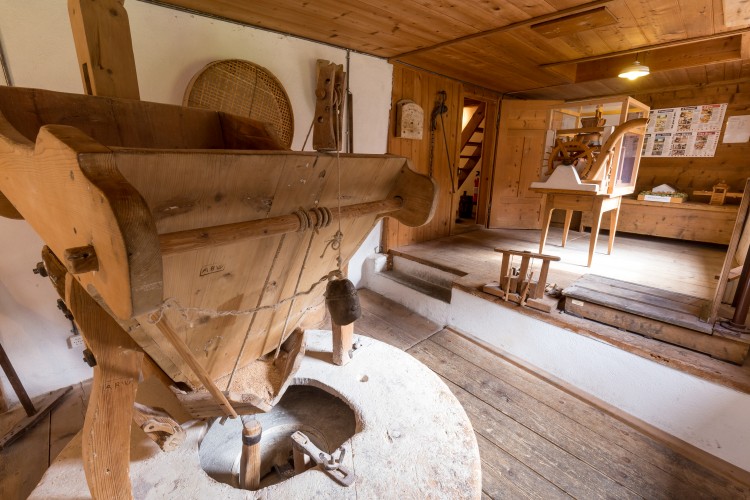 Biosfera Val Müstair - The mill originates from the 17th century and has been carefully restored. The name is that of the last miller who operated the mill until shortly after the 2nd World War. Today it again works perfectly. See for yourself!

The "village of the cross" – as Sta. Maria is called because of the way the roads are laid out – has its own cultural attraction: the newly restored Mall village mill. It is rare now to be able to see the wheels that transferred the force of the water on to the three hammer-heads and the millstone. The millstone and the hammers are fully functioning again and can be seen working in summer (mid-May to mid-October, specific days).

Open from middle of May to the middle of October:
Wednesday, Friday and Sunday
4 p.m.- 6 p.m.
for groups by arrangement