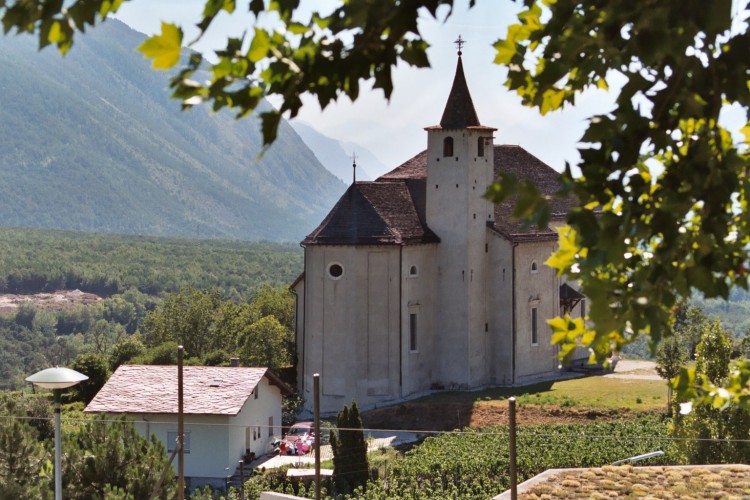 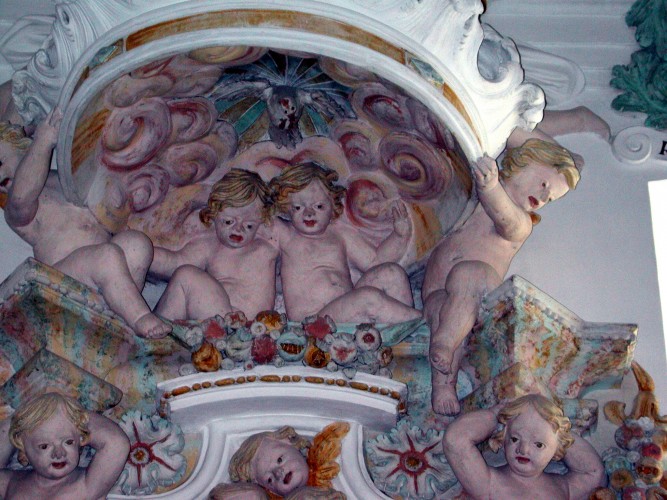 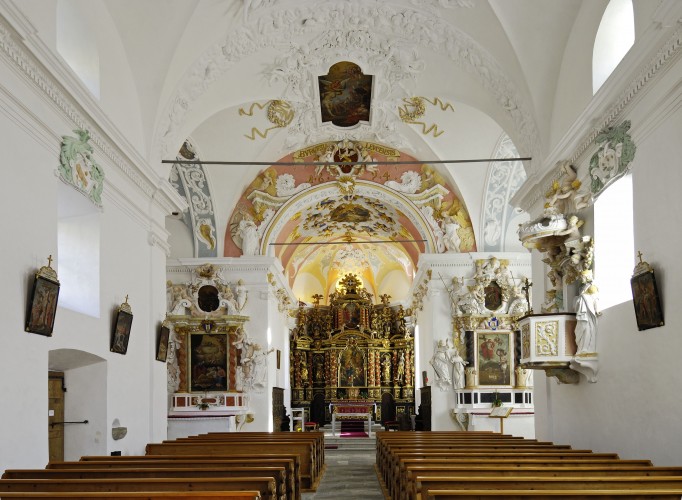 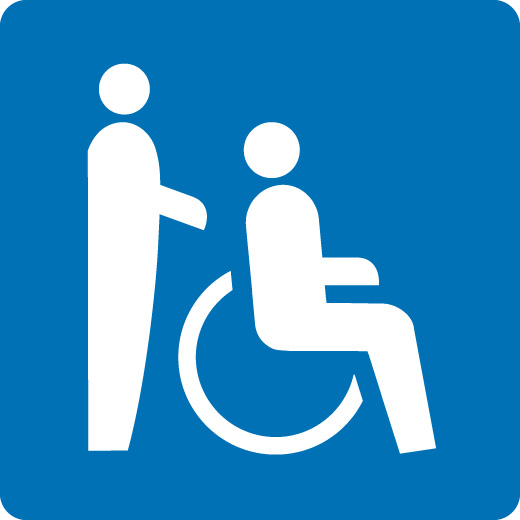 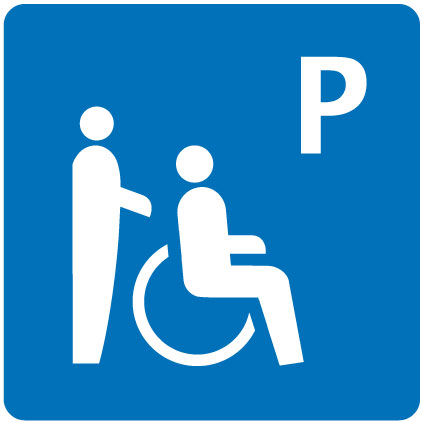 Naturpark Pfyn-Finges - The Ring Acker chapel is considered one of the most magnificent baroque buildings in Valais. It stands on a plateau between Susten and Leuk-Town. Nothing is known about its architects.

The term Ring Acker goes back to a walled cemetery for plague victims, which was been created during the plague years 1629-1630.

The small chapel there was a destination for pilgrimages. It was replaced in 1690-1694, by the Immaculate consecrated building, which was donated by the Leuk citizens. The citizens were said to have disagreed about the choice of location. According to legend, a brilliant host pointed to the cemetery. The citizens took this as a divine sign and built their church there. In 1719 a hermitage was added on the south side of the church that consisted of a two-storey timber building. In 1955 the religious order of the Redemptorists was put in charge of the Ring Acker chapel. (Source Swiss Cultural Guide - The Town of Leuk)