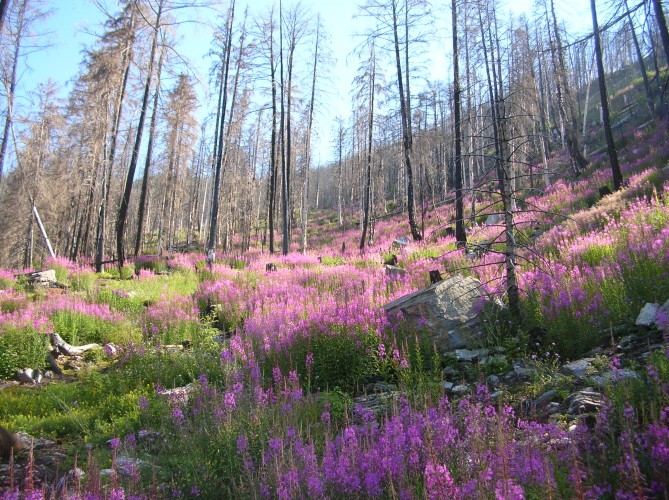 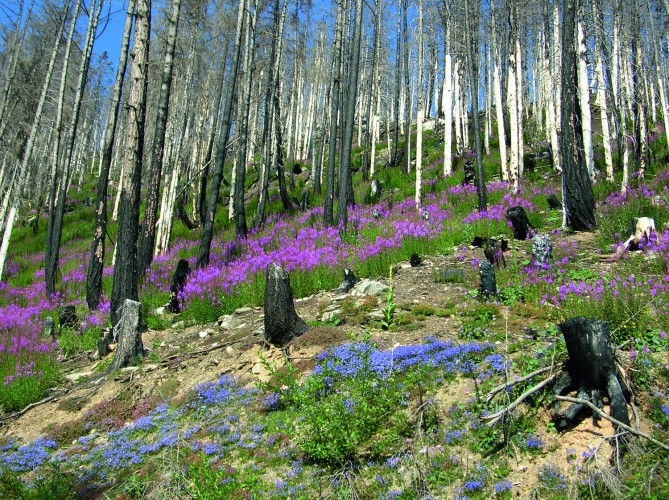 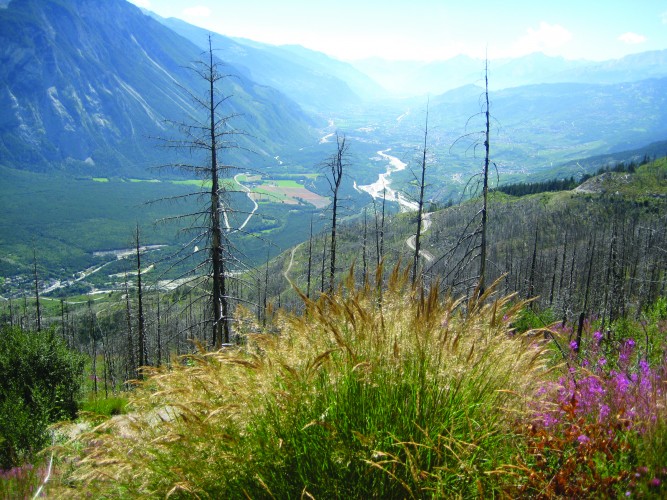 Naturpark Pfyn-Finges - After the fire above Leuk different stages of revegetation can be observed. In many places the flower carpets of the red soapwort have made way for young forests, while other locations are still bare.

A decade after the forest fire near Leuk, grass has literally grown again over the charred mountain flank. Investigations of the Federal Institute for Forest, Snow and Landscape Research (WSL) show that young poplars, willows and birch trees are numerous and many are over five metres high. However, it will probably take another 30 - 50 years until the forest can protect the population from natural hazards again. Plants and animals have re-populated the forest fire area after the disastrous fire of 13 August 2003 surprisingly quickly. A steppe transformation in the lower sections followed the magnificent spectacle of colour of the many herbal plants in the first few years after the fire. "Grass has literally grown again over the area", said Thomas Wohlgemuth, research head of the WSL about the fire area in Leuk, "and in a variety that is significant greater than in the former forest." (Source WSL).