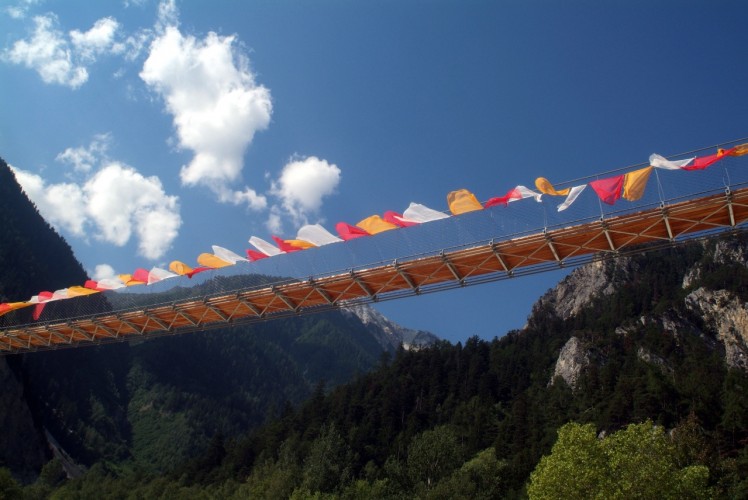 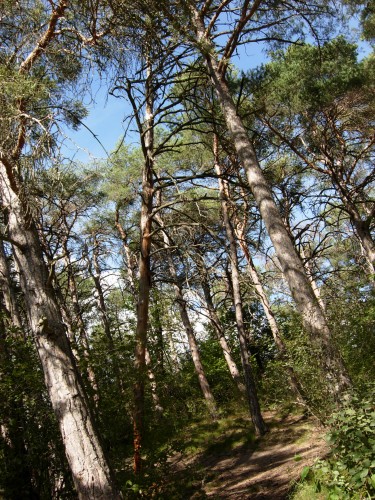 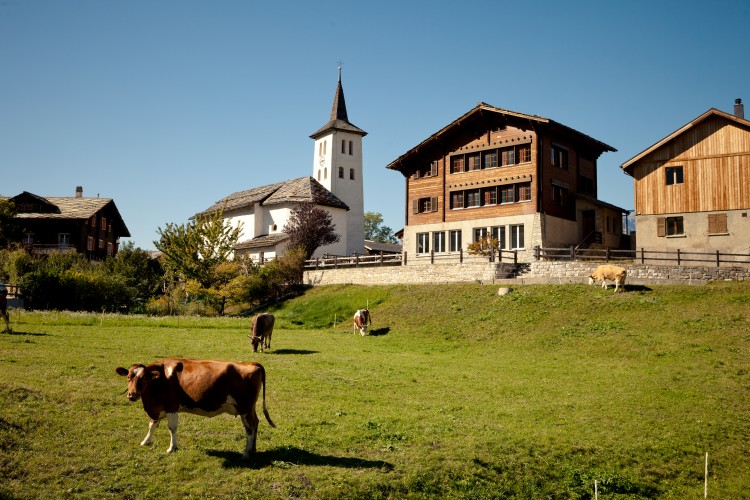 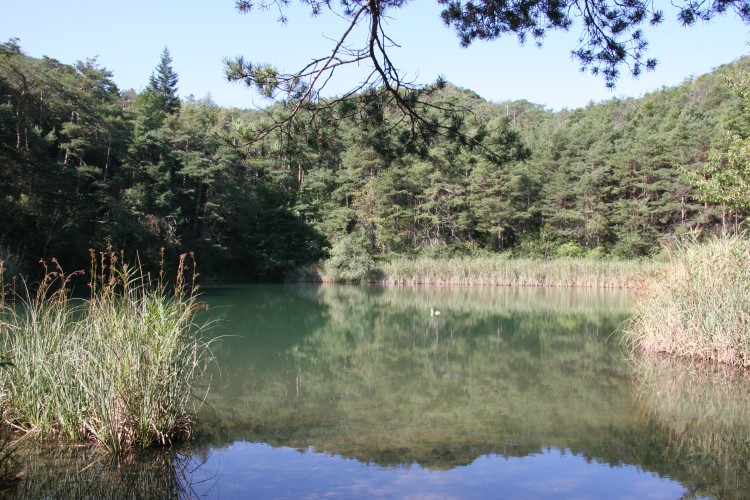 Naturpark Pfyn-Finges - Unterems offers a fantastic view in autumn of the fire-red smoke bushes in the rocky steppes on the opposite slopes. From there the walk leads over the Bhutan Bridge through the forest of Pfyn/Finges to Leuk railway station.

You can start on foot from the railway station at Turtmann or take the bus to the LTUO cable car, and ride that to Unterems. This idyllic mountain village lies nestled on a raised terrace above the Rhone Valley. In autumn you have an especially fantastic view of the fire-red smoke bushes on the rocky steppes on the opposite slopes.
Move off in a westerly direction over grassland and hay meadows and you soon reach the autumnal woods. From the Emsbach follow the Suone (irrigation channel) for a while.
We leave the woods above the enormous scree slopes of Susten and shortly afterwards drop into the forest of Pfyn/Finges nature reserve. Here you will meet the Illgraben, one of the most active debris flow torrents in the world, whose mudslides regularly shake nearby Susten. We cross the Illgraben over the Bhutanese suspension bridge and descend through the huge pine forest to the main road (Kantonsstrasse) and back to Leuk railway station. 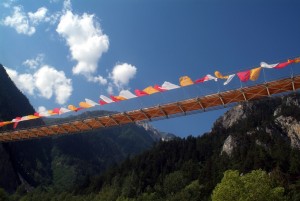 This 134 m long suspension bridge was launched as a project as part of the "UNO - year of mountains 2002" campaign. It was constructed and opened in 2005 together with the Kingdom of Bhutan. 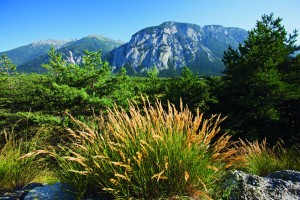 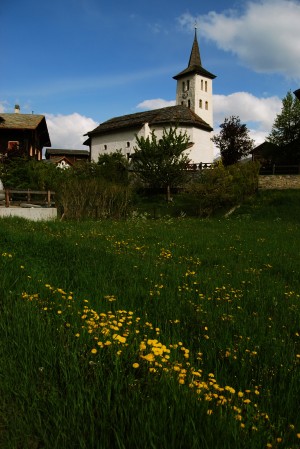 walker's paradise with great views
the pretty village of Unterems lies at an altitude of 1003 m Already in 1419 the mountain community was mentioned in history.